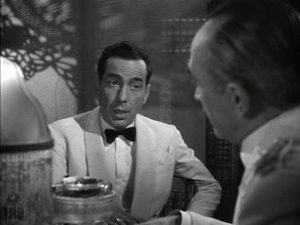 “Well there are certain sections of New York, Major, that I wouldn’t advise you to try to invade.”

Like a lot of people, my husband and I saw Rogue One last night in an effort to stave off the Sarlacc pit of panic opening its devouring maw beneath our feet and ensnaring the totality of 2016 in its twisting tentacles. I went in expecting a story plagued by re-shoots, a film about defeating fascists that Disney executive Bob Iger swore up and down didn’t have a political message, a film that, like The Force Awakens, features a woman at its centre and a diverse group of men playing the Good Guys. What I wasn’t expecting was the first and thus far only Star Wars film to characterize cities as real communities.

If you want a shortcut, the tweetstorm the film inspired in me starts here:

If anyone would like my hot take on ROGUE ONE, it’s that this SW film (and *only* this SW film) characterizes cities as real communities.

But I’ve complained enough times that tweetstorms should be blog posts, so I’m blowing the dust off my neglected blog to post about it here.

“If there’s a bright centre to the universe, it’s the place that’s furthest from,” is how I would often describe the town where I grew up, if someone asked. (Now I frequently compare it to Twin Peaks, because the series was filmed about a half hour from there.)

Part of A New Hope‘s appeal is that it’s about a nobody from the middle of nowhere who gets caught up in an exciting adventure and plays a pivotal role in altering the course of the galaxy. This was a standard trope in the culture beforehand, and it only became more entrenched afterward. Luke is a fish-out-of-water character who has a lot to learn, and the audience can learn about the universe right along with him, as he transcends from a hard-luck hick to a Jedi master. Here, I’ll let Mr. Plinkett explain:

But the thing about Luke being a nobody from nowhere and yet also the saviour of the galaxy is that it’s easy to mistake his outsider status for authenticity, or worse, innate goodness. That narrative is baked into Western culture: a child literally born in a barn is the redeemer of all sin, a wayward page is secretly a king, and so on. Even otherwise morally-complex movies are full of this sentiment that people from outside cities are somehow more “real” or “authentic” or “pure” than people who live inside them. Take Kyle Maclachlan’s character in Blue Velvet, his pastoral innocence shattered once he sees what lies at the heart of his tiny logging town, or the Alden Ehrenreich character in Hail, Caesar! who resolves the entire plot thanks to his cowboy work ethic. “Hard-working country hero vs. effete urbanite villain” is the basis of so many Westerns that it became the plot of Western parody Blazing Saddles!. When Mel Brooks parodies it, it’s a fixture of the culture. (Case in point: Spaceballs.)

This is all well and good, until you start seeing this urban-rural values dynamic reflected in your electorate. In 2016, city-dwelling Americans discovered that they weren’t “real Americans”:

Then, there is the popular expression “coastal elites” — an all-encompassing term for any educated professional who lives in a major city in California or along the Eastern seaboard. Many of the “coastal elites” are just ordinary people conducting undramatic lives, with no outsize influence or authority in their city or country, but by bizarre virtue of pedigree and geography, they fall into the same category as Wall Street executives and the president of the United States.

There is hardly a week that passes when I do not receive an email from an angry reader full of accusations that, because I write for Salon and teach at the university level, I am part of the dangerous and detached “elite.” In my time between paying my mortgage, grading papers and having dinner with my wife, I plot to undermine all that is sacred in the “real America.”

The first city we ever see in the Star Wars films is Mos Eisley. “You will never find a more wretched hive of scum and villainy,” Obi-Wan says, and the franchise by and large agrees — about that tiny urban spaceport, and all the others. Coruscant is a decadent planet built out of Blade Runner fanart, full of assassins and politicians. (“You want to go home and re-think your life,” a much younger Obi-Wan sneers at someone in a crowded bar, Force-ing them to get out of his way.) Bespin is a company town, ruled by a sneaky and duplicitous mayor. Theed is a beautiful place full of stupid, out-of-touch royals who don’t see that war is coming. None of these places come across as functional communities with sensible services that cater to multiple stakeholders. Why?

The ability of children to walk about freely and safely is a marker, in urban planning circles, for the health of urban spaces. One trendy version of this is called The Popsicle Index. But really, it’s about walkability, trust, crime rate, etc. It’s a simplistic measure of a community, but it’s a measure. Crucially, it works for both dense urban spaces wherein kids walk a total of five minutes to the bodega for a RocketPop, and sprawling suburbs where kids get on bikes, E.T.-style, for the same thing. But more broadly, the presence of children indicates communities where people are putting down roots and making long-term investments.

Now, the child in the shot above, the one Jyn rescues, is not at all safe. Inasmuch as she as an avatar of Jyn’s own inner child, the younger version of her that we meet in the film, she is also Bana Alabed, or this other Syrian child, washed up on the shore of a Turkish beach. The city of Jedah where she lives is the galaxy’s Aleppo: occupied by both rebels and an invasive imperial regime. A holy city now in ruins, its sole inhabitants are the people so spiritually connected to it that they can only watch in horror as its most precious natural resources become a literal war machine. In fact, Jyn’s rescue of her may ultimately be meaningless, simply prolonging the inevitable. But it does prove that Jedah is both a city and a community. It’s not a lone station surrounded by isolated farms (Tosche) or a corporate compound deliberately kept separate from other cultural, urban centres (Skywalker Ranch). It is a city of many languages, many species, many faiths. And, as evidenced by one of the most enduring and tender relationships in the film, it’s a place where atheists and people of faith live together in respect and harmony, where belief in the Force is secondary to belief in the fundamental dignity of other people. It is also the birthplace of a band of rebels that will change the fate of the galaxy.

2016 has heard a lot of calls to empathize with residents of rural spaces. What those calls often neglect to mention is that many of the residents of cities fled those same rural spaces for a reason. Maybe that reason was a job. Or school. Or some other chance at upward mobility and traditional avenues to social capital. But for a lot of residents of cities, the escape to the city from the country is motivated by something deeper. Maybe your parents kicked you out once they figured out who you really were. Maybe you couldn’t stand in line at Wal-Mart next to the guy who used to ram your head into the flagpole every day after school.  Maybe you couldn’t make idle chit-chat after church with the coach who ran his hand up your thigh. Whatever the reason, you left. You found your own people. You found them in the place where all the margins became a single line, where the small town creeks flowed into one river of humanity, loud and chaotic and relentless and beautiful.

It is in those places that rebellions can begin. Because once you’ve rebelled against your family, it’s a lot easier to rebel against systems of power. Cities are where people go to be human beings when their humanity isn’t affirmed anywhere else. Not just creative people, or educated people, or queer people, or people with health needs that make rural life impossible. But immigrants and refugees. People who need a new home. Or people whose home has been in a city — that palimpsest of steel and concrete, those sky-high mirrors showing both past and future at once — for as long as their family has been free. Cities are where you go, or where you stay, when you realize you’ll never be as free anywhere else as you are on those streets. And that freedom, as many occupying forces in many cities have discovered, if worth fighting for.