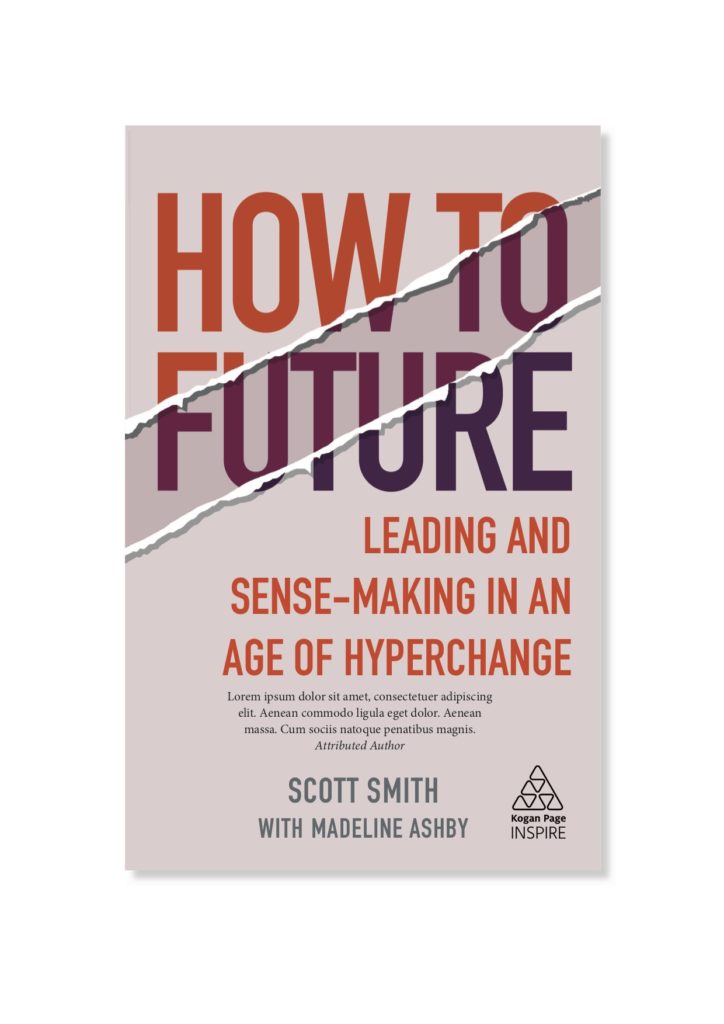 It may feel like the world is slowing to a stop, but publishing grinds on.

Did I mention I have two books coming out this summer? Well, I do. They both come out this July, within (I believe) a week of each other. One is How To Future: Leading and Sensemaking in an Age of Hyperchange . (I swear there will be a blurb on that cover — we just can’t reveal it yet.) The other is ReV: The Third Machine Dynasty. Yes, it’s done. Yes, it’s coming*. No tricks, just treats.

It’s hard to describe what these two books mean to me. In a weird way, they’ve both taken the past decade to write. ReV took forever to write (and rewrite, and rewrite, and rewrite), because I had set myself a task that I now suspect was beyond my reach at the time: writing the memoir of a globally-distributed artificial intelligence slowly going mad. (Also, I was very sick at the time, and that didn’t help.) I had no idea, when I first conceived of Portia ten years ago, that she would still be so important to me now. I had no idea that giving her a whole book would force me to confront truths about myself and my history that I didn’t even have the language to describe. I had no idea how much of her was in me, and what it would be like to give her a voice.

There’s an interview with Jane Fonda about Klute, one of her best films, where she says that before that role, she performed only in the topmost registers of her voice. She made her voice higher and lighter for all her roles. Klute was the first time she had the courage to use her real voice and speak from her centre on camera. Giving Portia a whole book felt like reaching down into my lowest registers. It’s not necessarily my real voice, but it is a voice that’s real. “I’m sorry this book is so broken,” I said to my editor Gemma Creffield, as we worked together on the book. “But Portia is broken,” Gemma said.

It took years for an editor to say those words to me. To view the book, and the character, and me with the compassion that I myself could not muster. When she said those words, I had to sit down. Finally, someone got it.

How to Future started as a different project entirely. But from the start, I knew I wanted it to involve my colleagues at Changeist, Scott Smith and Susan Cox-Smith. I’m not kidding when I say that these two between them literally saved my life. They were there for me when I was very sick with pneumonia and other things, and the bowls of nuclear-spicy pho and the extra blankets and the orders to go up to bed, immediately, right this second, were the least of their assistance.

I’m really only a contributor to How to Future. I had other books on my plate when the project came up, which meant that a) I had very little time, and b) doing a full co-authoring would put me in breach of contract with my other publishers, Tor Books and Angry Robot Books, and c) my agent might actually find a way to reach through the Internet and throttle me. But size matters not, as they say, and I’m immensely proud of this book. For me, it represents ten years of freelance foresight work distilled into a series of war stories. It’s a capstone on ten years of experiences, some of them wondrous and others very strange. The last four years of that time has been spent with Changeist in addition to my own science fiction prototyping work. I could not have asked for better people to ride out the weirdness with. There are people you work with, and then there are people who meet you at the airport at 04:00 and defend your honour before hotel staff to the point that they send up free dessert (true story).

One of the most frequent questions we receive is how we do our job. Well, this is how. It’s a practical, tactical guide to future-ing. Unlike a lot of foresight texts, it’s not an impenetrable wall of jargon. It’s accessible for a reason: we wanted to empower our readers the way we strive to empower our students. It doesn’t matter if you’re in the C-suite, or the basement of a community centre. It doesn’t matter if you’re a huge organization, or a ragtag band of misfits, or a lone wolf howling in the wilderness. These tools can and should belong to everyone. The one thing we know for certain about the future is that it’s going to be weird. It’s dangerous to go alone. Take this.

*Barring a problem at the printer related to COVID-19, of course.